A Colossal Trip atop a Mountain 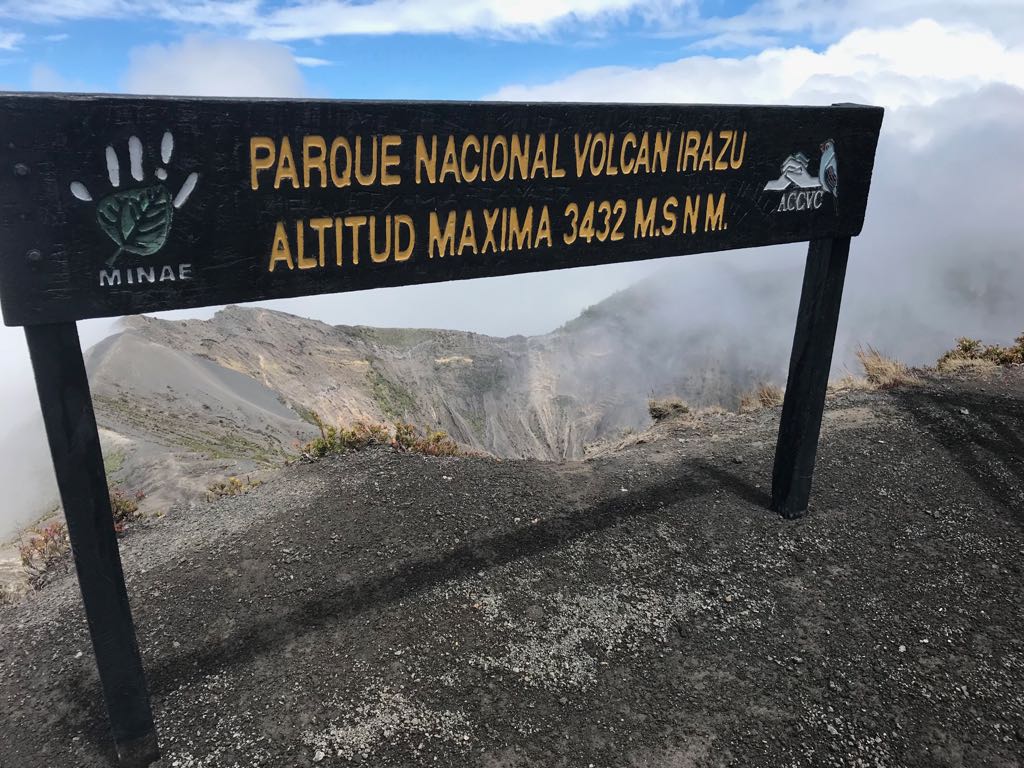 My husband and I are avid outdoor enthusiasts. Last year we decided to explore the national parks, but specifically the volcanoes of Costa Rica – our favorite spot on Earth.

This tiny country happens to be home to seven of these splendid geological phenomenon. We chose to work our way roughly north to south. At each stop we spent anywhere from two to five days traversing its mountain to get a real feel for the unique environmental differences.

Two and a half weeks into our trip, we were tanned, happy, and our legs were stronger from the numerous hikes. We had explored the northern zone’s diverse volcanoes. It was now time to take on the Colossus.

Irazu name comes from one of two possible sources. Either from the combination of two indigenous words: ara meaning point and tzu meaning thunder or an indigenous village Iztaru once located on the volcano’s slope. Its nickname ‘Colossus’ is from its violent history and not from its size. 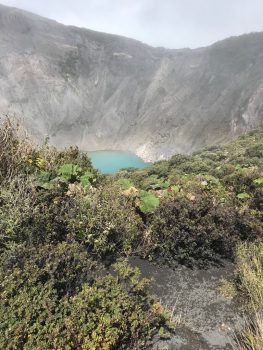 Irazu Volcano is located along Costa Rica’s Central Mountain Range, within the National Park of the same name. The volcano is approximately 54 km from the capital city of San Jose. The drive there takes just over an hour on well-maintained roads. It is the tallest active volcano in Costa Rica and covers approximately 500 square meters. The park itself protects over 2,300 hectares of cloud forest and tropical rainforest at elevations between 2,800 and 3,430 meters. The cone, craters, and stunning overlooks are both above tree- and frost-line, so visiting Irazu is colder than expected!

The estimated 854,000 year-old giant has had an active eruptive past. The period between 1963 and 1965 marks the largest and most destructive eruptions in recent history. Scientists studying these particular cycles of eruptions called the trail of lava the ‘highway from hell.’ In 1963, ashfall from the explosive displays blanketed San Jose and neighboring areas and mudflows destroyed approximately 400 homes and businesses.

Fortunately for us, Irazu Volcano has been largely quite since the 1990s, displaying the remnants of its volatile past to its visitors in the form of one active and four dormant craters. As we discovered, the park’s hiking trail is relatively short (1 km) and physically unchallenging, but the scenery makes up for it. On rare clear days, visitors can enjoy views of both the Atlantic and Pacific coasts. 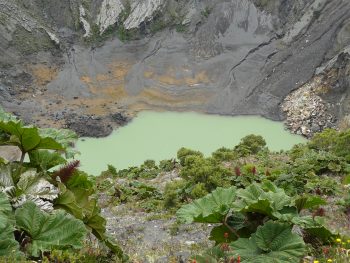 The trailhead and small visitor center sit on top what was once the principal crater and leads to a series of overlooks. The steep and steamy main crater measures over 1,000 meters in diameter and is a dizzying 300 meters deep. The crater has two rain-fed, emerald green lagoons at its base, which contrast in color to the dark rocks of the slope. The distant Diego de La Haya, the Main Crater (Crater Principal), the Lake (La Laguna) and Pyroclastic (Piroclástic) craters lie towards the farthest point of the trailhead and are a great place to take bizarre photographs of an alien landscape.

Despite the cold wind, with a warm sweater you can enjoy a memorable morning at the volcano’s summit. Numerous covered kiosks with picnic tables dot the walking paths around the crater for visitors who’d like to stay longer. 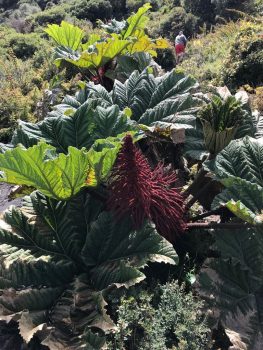 Cartago and the Orosi Valley

There are not many amenities leading up the main road to the park, but nearby Cartago and the Orosi Valley offer quaint restaurants serving locally-grown coffee and traditional cuisine. Many of these eateries have memorable views of the area’s fertile and verdant countryside. Coffee, onions, chayote, squash and potatoes are just some of the crops grown on the volcano’s fertile flanks.

In Orosi Valley, just 46 km of scenery away, we also discovered a handful of historical landmarks dating back to when Costa Rica was still a Spanish colony, the Tapanti National Park for hiking trails and swimming holes, river rafting, and even a number of hot spring resorts and public hot spring pools – a perfect finish to a colossal morning at Irazu Volcano.

One of the joys of exploring the sites around the Central Valley and the country’s capital is that the roads are paved and well maintained. Unless you’re planning a trip off the beaten track, you can visit Irazu, the Orosi Valley and nearby areas with a rental sedan.